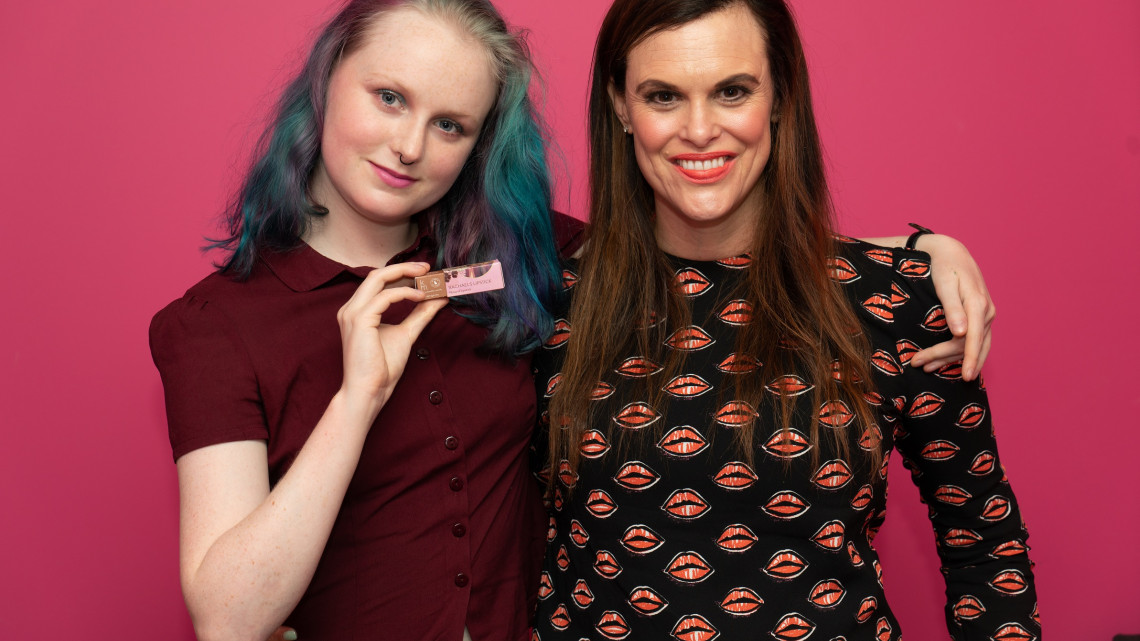 When eco-conscious Rachael made her one true wish “to visit a cruelty- free make-up factory”, she had no idea that her wish would change the lives of other deserving children, as well as her own. With help from our Elite Partner, the Bayleys Foundation, a meeting was set up with New Zealand lipstick designer Karen Murrell. It was obvious that Rachael truly understood and appreciated the chemistry behind what she was observing at the Melbourne make-up factory.

However, when Karen Murrell presented Rachael with her very own custom coloured lipstick, appropriately called “Rachael’s Lipstick” wrapped up in custom packaging, complete with a personalised illustration of Rachael holding her favourite type of flowers, it is no surprise Rachael was rendered to tears!

To further the impact of this gesture, Karen then explained to Rachael that the product would be going into production, and that the funds raised would be donated to help create more life- changing wishes. Knowing that her wish would give others the opportunity to feel the way she felt at that exact moment was absolutely overwhelming for Rachael – her wish would change the lives of others!

As of November 2018, over 2500 units have been sold of “Rachael’s Lipstick”, with the same amount being put into second-wave production. You can pick up your very own “Rachael’s Lipstick” from any quality cosmetics supplier around New Zealand or at karenmurrell.com

Rachael's lipstick is on sale now and can be purchased from karenmurrell.com.

Special thanks to Karen Murrell and the Bayleys Foundation who helped us make Rachael's wish come true.