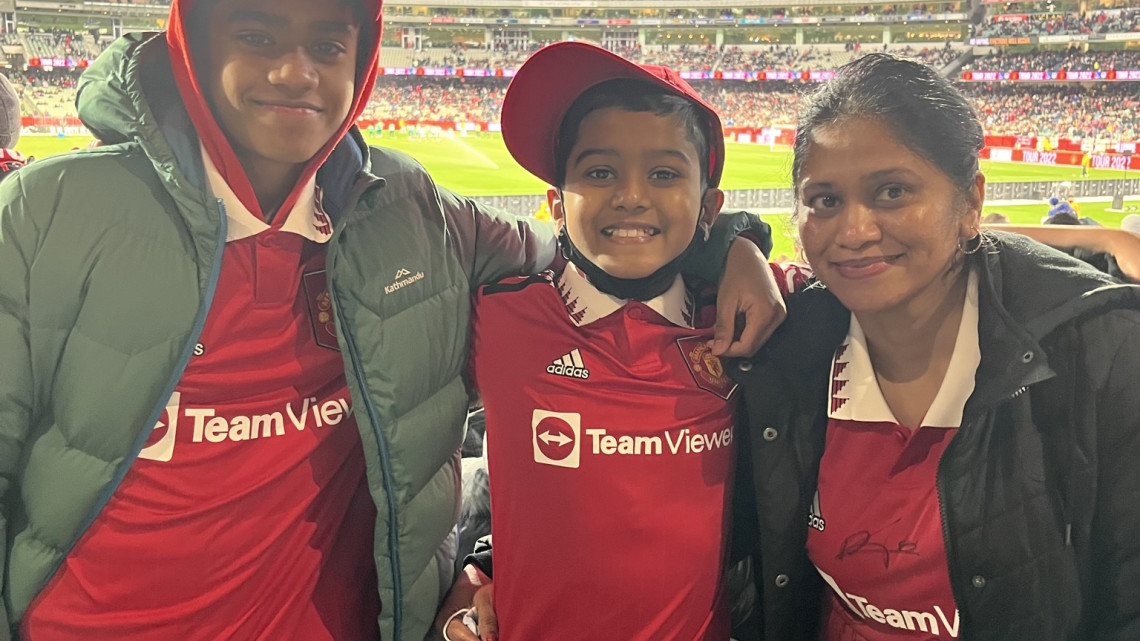 Seeing Akarsh smile, you wouldn’t guess what he’s been going through. Akarsh loves soccer. He’s won Player of the Year twice and idolises the Manchester United team and Cristiano Ronaldo. It’s not uncommon for him to wake up extra early just to watch them play live on TV. When Akarsh was first diagnosed with leukemia, his class sent him cards to the hospital and his whole school organized a mufti day with everyone dressing up in the Manchester United theme.

Meeting the kind, outgoing boy, the wish volunteers learned that his wish would be to meet the team. If it happened, he said he would be speechless. Determined to make his wish come true, the Make-A-Wish team and wonderful supporter Laybuy came together.

For his wish delivery, Akarsh, his older brother, and his family were flown to Melbourne to see one of the world’s greatest football clubs. On the first day, they arrived at a hotel room filled with Man United kit and got to join an exclusive training session and meet the team. This was a dream come true for Akarsh. Grinning from ear to ear, he and his brother couldn’t believe their eyes as they took photos with their icons and got their jerseys signed. They also attended a Q&A where ‘Legends of the Club’ were interviewed.

The following day, dressed in Manchester United merchandise, the boys watched the team win 3-1 at the MCG.

“Seeing the absolute joy on both Aarav and Akarsh's faces during the amazing experience was just so touching for me. The best part was Akarsh getting treated so nicely by everyone - this was so humbling. This trip brought so much joy and happiness to Akarsh.” – Akarsh’s mum

Akarsh’s wish came true thanks to the incredible compassion and generosity of a huge team of champions and supporters. But there are 50 more children in need of champions to grant their wishes by this Christmas. Could you be one? Donate now!