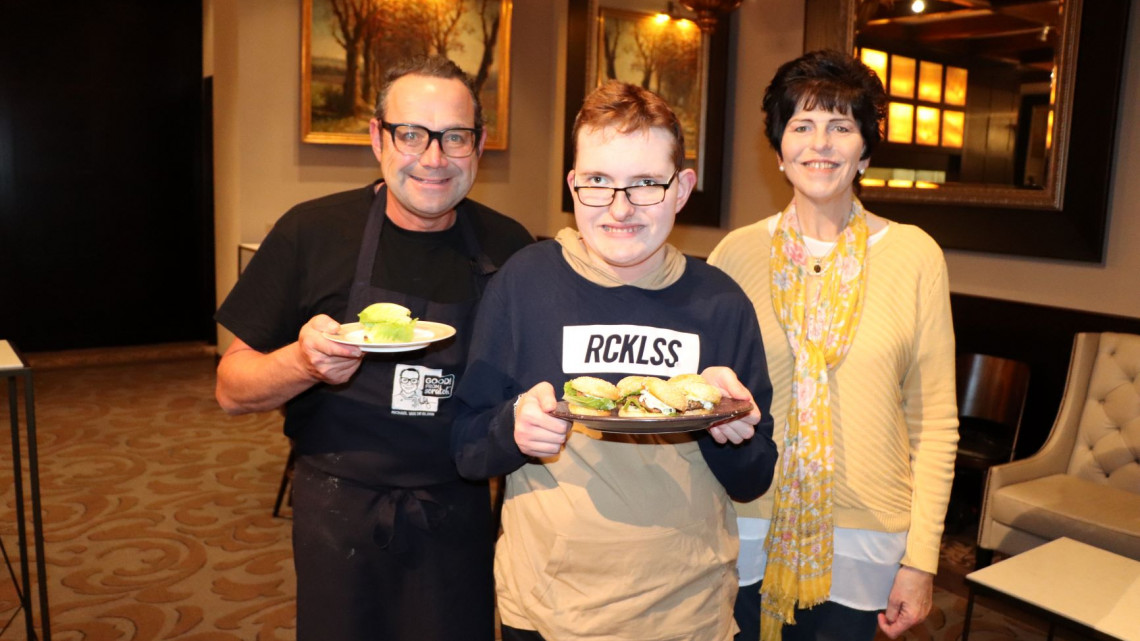 Shane 18 years old, from Whanganui just loves to cook and watch cooking shows. His favourite celebrity chef is Michael Van de Elzen. Shane has most of Michael’s cookbooks and DVDs, and watches them regularly.

Shane has a rare condition, diagnosed when he was an infant -Panhypopituitarism (along with Autism and Global Developmental Delay causing him to have severe learning disabilities) which has meant a lifetime of regular hospital stays, treatment and constant care from his mum Sandra.

Michael is the reason for Shane’s passion and the inspiration behind what he loves doing most in his spare time… cooking! His slow language development has improved by repeating word-for-word the commentary from Michael's videos and reading recipes from his books.

For Shane’s wish he met his hero at the Cordis Hotel in Auckland, where the duo worked together in the hotel’s professional kitchen – Shane becoming “Head Chef”, assisted by “Little Chef” Michael for the day - cooking Shane’s favourite three-course meal out of his Michael’s cookbooks (lamb sliders, pasta bake and apple pudding).

Both chefs enjoyed eating the dishes just as much as preparing them!

After a long day in the kitchen, Chef Michael gifts Shane his latest cookbook to add to his collection!

"Having his wish granted to meet his hero in person was a dream come true and something he will never forget", says Shane's mum Sandra.