Addison’s Wish - to be a zookeeper

Addison is 7 years old and was diagnosed with a blood disorder when she was 6. 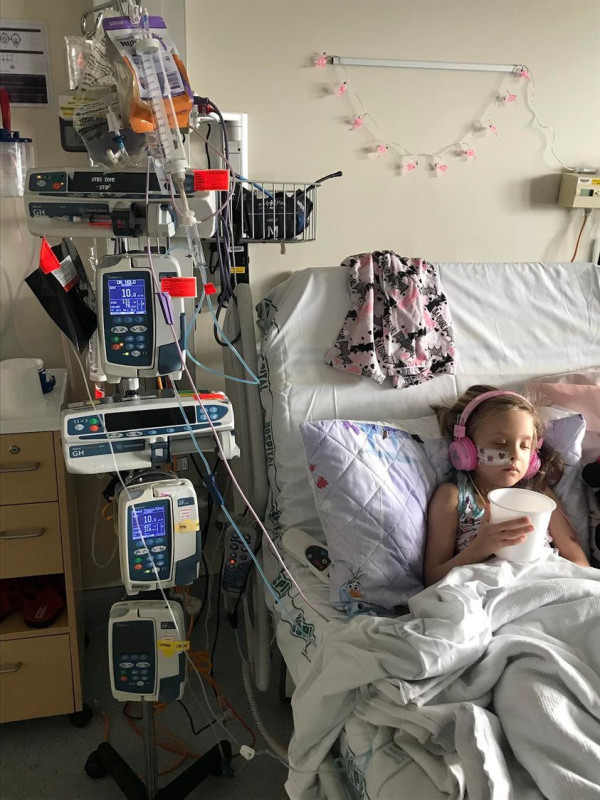 “She’s so brave, but in the middle of the treatment she was crying, ‘Mummy, I don’t want to do this anymore.’ It broke my heart.” Dulcie, Addy’s mum

“I didn’t realize how sick Addy was going to get,” says Dulcie. “You feel like you’re prepared, but you’re not. She had to be given drugs that made

her unimaginably ill, to save her life. The days and nights were so hard.” And yet they were so unwell, spending their lives in and out of the hospital, facing harsh treatments.

But sometimes it can get so hard, that they lose hope they will ever get better.

While things changed when Addy was in the hospital, she found out she could apply for a wish. Dulcie says she was instantly excited. “She was like, ‘Wow!’

“And then she kept bringing it up: ‘Have you applied for the wish? Have you heard about the wish?’”

“It’s something to look forward to. Something that’s not medical or related to the hospital,” says Dulcie.

Addy, who loves all creatures great and small, wished to be a zookeeper. Thus, Hamilton Zoo and Butterfly Creek have come on board! On her birthday, the Make-A-Wish volunteer surprised her by delivering a big box. Addy’s face lit up with excitement when she opened it. It was filled with all the things she needed to be a zookeeper, so she knew her wish was going to be granted.

Dulcie says, “Addy was so happy! She wore her zookeeper outfit around the house.” 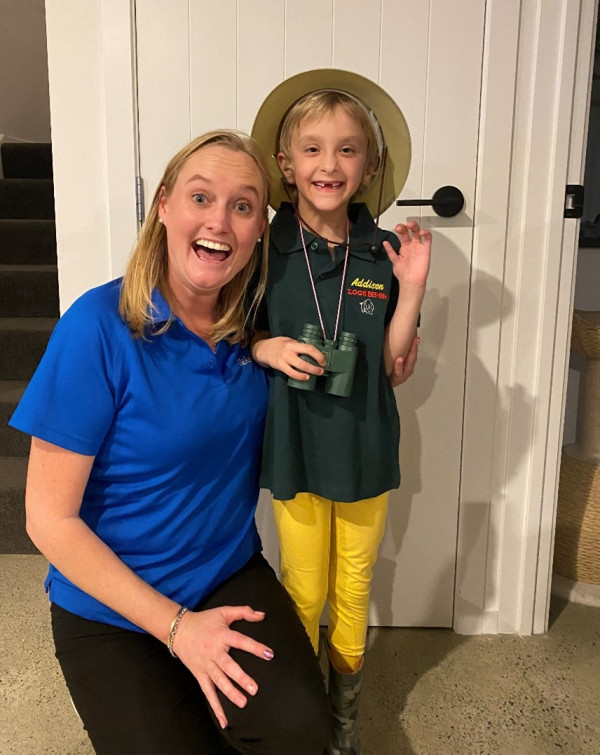 Despite Covid restrictions, Addy was able to get up close and personal with her favorite creatures. Her dad, Ken, says she had a wonderful day with her family and best friend, Grace. Addy says her favorite part was seeing the crocodiles. “The man held the meat right up to the glass and we got a big fright!”

Together, we can make more wishes come true.

Research has found that children who receive a wish are less distressed, depressed, and anxious. Instead, they have hope for their future and a better chance of recovering. 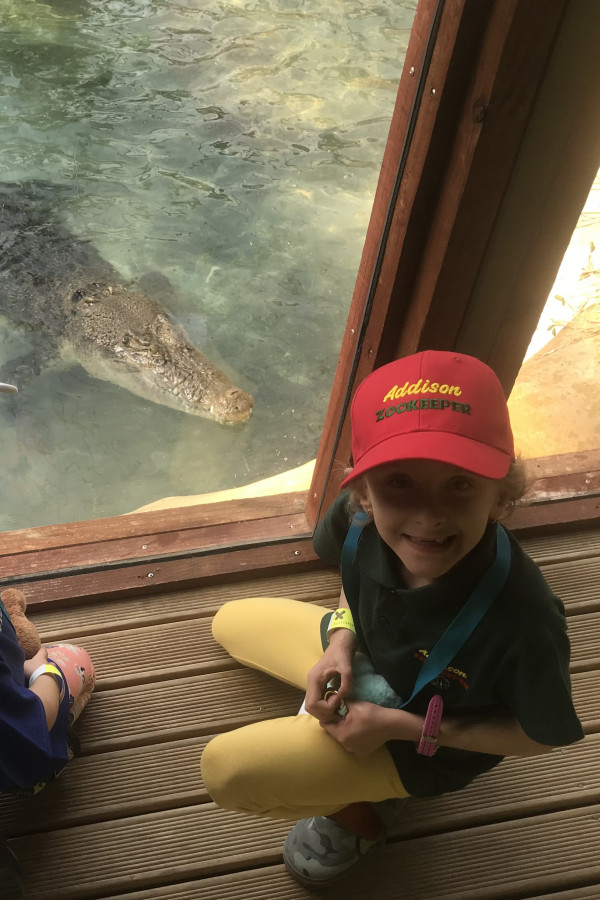 Wishes like Addy’s would simply not be possible, without caring people like you. However, Make-A-Wish New Zealand will receive more than 200 new wish applications this year. Each of these applications represents a child with a life-threatening illness. These children also need a promise that their wishes can come true.

When you donate to a wish, you are giving a child a dream to focus on. You can be their light during grueling hospital stays, treatments, and procedures. A wish begins with hope – and hope begins with you. Restore hope with a wish.

Will you donate to a wish today, to give a child like Addy hope for the future?